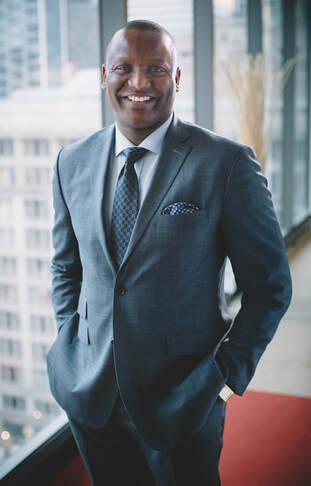 To say that Professor Gilbertson poured his passion into this case would be an understatement.  There were days when I called Professor Gilbertson past midnight to discuss his opinion. Professor Gilbertson was always  available and professional no matter the hour. Beyond his availability, his opinion was the best I have ever seen. It was analytically powerful and thoughtful. Professor Gilbertson  laid out the reasons why the officer’s conduct was egregiously wrong.  It was plainly articulated and supported by research and facts. His deposition and trial testimony was a tour de force. He was articulate and intelligent without being condescending. He was passionate without being emotional. He was especially powerful and effective when confronted by an aggressive cross examination at trial.
​
Professor Gilbertson opined the officer employed excessive force when he shot my client because he never posed a threat to the officer or other bystanders. He instructed the jury on use of force standards and practices. He informed the jury that regardless of what a suspect may have done, police officers cannot lawfully shoot suspects unless they pose an immediate threat to them or bystanders. After a two week trial in December, 2018, the jury convicted the officer of Wrongful Death and returned a judgment totaling $1.18 million dollars. Furthermore, it was one of the rare times a Chicago jury has returned a verdict against a police officer when the alleged perpetrator had a gun.

I interviewed the jury after the verdict.  The foreperson specifically noted we would not have won if Professor Gilbertson had not testified. This assessment was  noteworthy since opposing counsel had multiple police officers and a nationally recognized expert testify.  At the end of the day, the jury believed Professor Gilbertson over all other  witnesses.

Professor Gilbertson is an excellent professional that I look forward to working with in the future.  Finally, and perhaps more importantly, he is a good man who I am glad I can now count as my friend.”
Nenye Uche, Esquire, Attorney at Law, Chicago, IL